What knowledge must be known to use the projector

In the impression of many people, the projector is only used as a special tool for large conference centers, high-end entertainment venues and some educational fields, and it is cumbersome to operate and expensive. In fact, with the gradual maturity of projection technology, projectors have gradually begun to enter some small and medium-sized enterprises. Although there are not many secrets when operating the projector, if we can master some operation skills, we can not only effectively improve the work efficiency, but also protect the projector as much as possible. Below are some tips and items for operating the projector for your reference.

2. The lamp of the projector is a consumable. According to the general frequency of use, it is sufficient for normal use for more than 3 years, but if the operation is improper, it can be damaged in a short time, and the price of a lamp is also expensive, which may reach A few thousand dollars. In order to protect the bulbs and reduce losses, users should never interchange the bulbs of different brands of projectors. This can easily cause the projector bulbs to be scrapped due to power mismatch.

3. Since the projector equipment is relatively delicate, no matter what kind of failure occurs, we are not allowed to turn it on without authorization. There are no user-maintainable parts in the machine, and the high-voltage components in the projector may cause serious personal injury. Therefore, when buying, you must not only choose the good product to find the good price, but also choose the good merchant, figure out the repair service phone number, and consult the professional if there is a problem, so that there will be no worries. Therefore, the author again recommends that when the projector appears inexplicable In the event of a malfunction, never disassemble the projector privately.

4. If the projector is to be used for teaching, in order to ensure the effect of multimedia teaching, it must be ensured that the projector used has more than one RGB input port, and two or more audio and video input ports include a set of S-Video ports. In this way, it can be connected to multiple media at the same time and can be switched arbitrarily through the remote control. Moreover, users also need to ensure that the brightness of the multimedia projector used for teaching should not be less than 800 ANSI lumens, and the display resolution must reach at least SVGA (800×600) and support XGA (1024×768) resolution.

5. When using the projector for audio-visual teaching, for the convenience of teaching, the teacher can connect the projector and the computer through a VGA Multinier splitter in the middle, so that two or more channels can be drawn from the splitter VGA signal. At this time, the teacher can send one signal to the RGB interface of the projector and the other to the color display. When the computer is running normally, the information is not only projected normally, but also displayed on the display.

6. When using the projector in the teaching process, in order to make the projector achieve a better projection display effect, the projector should be installed on the ceiling as much as possible to make full use of the space and reduce the line of sight obstacles.

8. If the projector is used to achieve the purpose of home theater, when the projector is working, the user should not let the projector work in an environment with too strong light, because too strong ambient light will make the projector The projection effect becomes very poor; in order to achieve a better use effect, users can install curtains in the room to block the outdoor light; the walls and floors of the room should use materials that are not suitable for reflection, because these details will affect the vividness of the video effect degree.

9. The projector has strict requirements on the power supply specification. When connecting the projector to the power socket, the user should pay attention to the nominal value of the power supply voltage, the ground wire of the machine and the power polarity, and pay attention to the grounding. This is because when the projector and the signal source (such as a PC) are connected to different power sources, there may be a higher potential difference between the two neutral wires. When the user plugs and unplugs the signal cable or other circuits with power on, a fire will occur between the plugs and sockets, which will damage the signal input circuit. Not only may it damage the projector, it can also cause a fire accident.

10. Generally, the projector cannot work alone after it is bought back. It must be coordinated with other equipment to achieve various uses; therefore, when buying a projector, you should not go one-sided pursuit of a certain aspect of the projector’s performance, but should Pay attention to the problem of the adapter between the purchased projector and other connected devices. Only when the connected devices are well connected and have roughly the same grades can the entire projection system be used with better results and will not cause waste of resources.

13. When buying a projector, everyone should focus on the true restoration of the projector’s color, the uniformity of the lens focus (whether the center and the edges are the same), the accuracy of auto focus, the contour correction of the lens and the keystone distortion, etc. Perform a detailed comparison test. Regarding the reliability and stability of product quality, we should refer to the opinions of other users, the opinions of experienced engineering and technical personnel, and product prices as much as possible. After all, you get what you pay for in product sales. 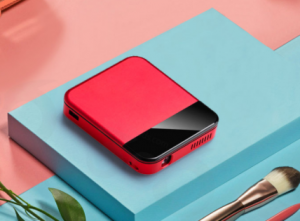 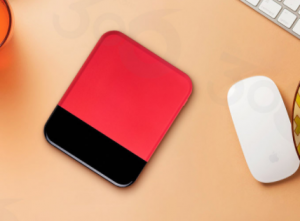