What are the differences between projection white screen and gray screen

The gray screen is called a “high-contrast screen.” Its working principle is: a gray screen can absorb more ambient light than a white screen, while a white screen does not have this function. Therefore, the black level on the screen can be maintained, and the white on the projection screen can still remain white. The black is due to the environment. The light interference is reduced and becomes darker, which directly leads to an increase in the black and white contrast on the screen, thereby achieving the purpose of improving the contrast.

The advantages and disadvantages of a gray screen. The benefit of a gray screen is not only to make the blacks deeper, but also to increase the contrast, and can resist the reflected light of the environment. Compared with white screens, gray screens are less affected by reflected light and are very suitable for home theaters and living room theaters. It is necessary to know that the space of home theater and living room theater is small, and the narrow environment is largely affected by the light reflected from the wall, and it is difficult to realize the real small black room theater mode. The reflectivity of gray is lower than that of white, so the gain of a gray screen is usually lower than that of a white screen. However, the relationship between gain and viewing angle is relative, so a wide viewing angle range is also one of the advantages of a gray screen.

Do you choose a white screen or a gray screen for your home theater? When choosing a home theater projection screen, don’t choose the projection screen blindly. Both white screen and gray screen have their own advantages and should be determined according to the actual application. A white screen is the best choice when the ambient light is controllable. However, the meaning of “fully controllable ambient light” does not mean turning off the lights in the audio-visual room. We must also consider the potential impact of the audio-visual room itself. If you want to make your home theater audio-visual room look like a movie theater, with dark walls, dark ceilings, dark furniture, and even dark carpets, then needless to say, a white screen is the best choice.

The projection system of a home theater in real life is usually set in a living room or a multi-purpose entertainment room, and the walls, ceilings or furniture of the room are basically painted with paint that reflects light or other effects, and even some curtains. It also reflects light. Therefore, even if all the lights in the room are turned off, the light reflected from the projection screen passes through the walls, ceilings, furniture, and curtains, and then is reflected on the screen. In this case, if it is a white screen, a layer of fog will appear on the screen, causing the image to be somewhat blurred, while a gray screen can eliminate the interference of these light, so that the screen maintains a darker black level and a stronger contrast. More transparent and clearer! Of course, a gray screen cannot completely eliminate the interference of light, so it is necessary to properly shading treatment, which will significantly improve the picture effect. 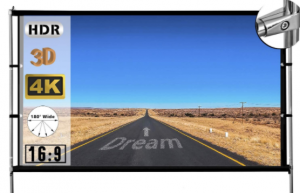 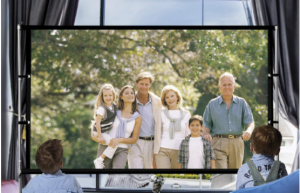