Precautions for decoration and installation of 3d home theater projector

Especially for the top-mounted installation like the picture above, the lighting in the middle of the living room should pay more attention to the height. Otherwise, there will be a big shadow of the lamp on your screen, which is disturbing.

2. Don’t leave the installation slot of the hidden screen box too small
After someone asks about the size of the electric curtain box of the cinema, they go to the opening box concealment slot exactly according to the size.

Although it was installed in this way, it was very difficult to install. Because the curtain is installed on the top or the back wall with hanging parts, and then the curtain box is hung in.

In this case, the installation requires a little space, because you can reach into it during installation.

It will be much more convenient to leave more margin on the left and right like this. If you really can’t control how much you should stay, you can ask me directly.

3. The projector is used in the living room, neither shading nor special screen
Some people have never used a home projector. Looking at the high brightness of the projector used in the company’s meetings, I thought it was a high-brightness projector at home, which can satisfy the use.

Therefore, no blackout curtains or special curtains are used in the home.

And if the curtains are closed, the effect is very good

Therefore, everyone must pay attention to shading.

4. Only refer to the projection system given by the manufacturer for the projection distance planning
Throwing distance refers to the range of a standard size that the projector projects. Simply put, it means that a machine needs to project a 120-inch screen. What is the distance between its lens and the screen. This distance will determine where our projector is installed.

For example, a projector needs to project a 120-inch screen, if its projection distance is between 3.8 meters and 4.5 meters. Then it cannot be used in a living room with only 4.5 meters of opening.

Because the throw distance refers to the distance from the lens to the screen, and in actual installation, you also have to consider the thickness of the body and the space left for HDMI wiring.

To directly judge whether the projector is suitable for use in your living room, it should be a pitch that satisfies the size, plus the thickness of the fuselage and wiring space.

5. Only one HDMI cable is buried
As we mentioned before, the HDMI connection is very easy to damage, so you must protect the end of the wire when decorating and embedding it.

The above picture is a very standard protection, but even so, it is still easy to damage. As the HDMI connector is damaged, there is basically no way for individuals to remedy it by soldering. Therefore, the cinema has always recommended burying two HDMI cables.

Also, if your projector is installed too close to the back wall, then be sure not to bend the cable at the connector.

17
Buying an adapter can solve the problem.

Actually this is not a good habit

No. 1: The power of the standby projector is generally less than 1W, and not much electricity is used.

Second: Pulling on the power cord will have some strength, and it will be easy to install the camera in the theater for a long time. If the projector is offset by one millimeter, the picture will be offset by a few centimeters, which is troublesome to adjust.

Mr. Cinema’s suggestion is that if you are a Virgo and have a compulsory certificate, you must cut off the power of the appliances you don’t use. Then install a switch panel on the line that supplies power to the projector. But remember that you must hide in a place where ordinary people can’t see it. Otherwise, if someone cuts you off while you are watching a movie, then your heart must be broken. 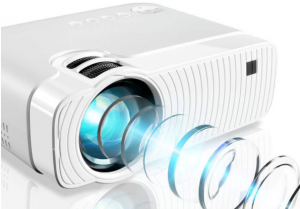 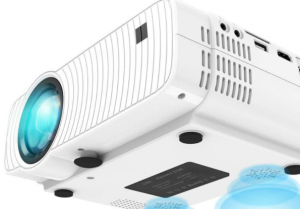