Detailed explanation of the basic knowledge of the projector

Projectors are often used in our daily work. Even in this era of smart projection, every business person is equipped with a smart micro-projector that he can carry with him in order to better complete his work.

However, when I open the major technical posts or articles about projection, I always see a variety of exclusive technical terms, which makes everyone confused.

But ~ don’t be afraid, today we will give you some common exclusive terms related to projection. From then on, let you become a “projector”, whether it is to buy a projector or use it in the future, it will help.

The main performance index of the projector is the measurement unit of brightness. The American National Bureau of Standards sets a standard for the lumens of display devices. The brightness measured by this standard is usually expressed in ANSI Lumens.

When the projection distance of the theater and the auditorium is very long, if you want to get the right size of the picture, you need to choose a projector with a telephoto lens, so that you can get a suitable picture size at a longer projection distance , So that the screen is not too big to exceed the size of the screen. Ordinary projectors are standard lenses, suitable for most users.

The screen size refers to the size of the projected screen. There are small image size and large image size. It is generally expressed in diagonal size and the unit is inches.

This index is determined by the performance of the projection optical zoom. To put a predetermined size, the projector needs to be placed at the corresponding distance from the screen. Depending on the lens and brightness of various projectors, the relationship between the screen size and the projection distance is different.

Generally speaking, a projector with a higher brightness can project a larger screen. The projector has a small screen size and a large screen size according to the focal length of the lens. Between these two sizes, the screen projected by the projector can be clearly focused. Beyond this range, the picture may appear unclear and the projection effect is poor. 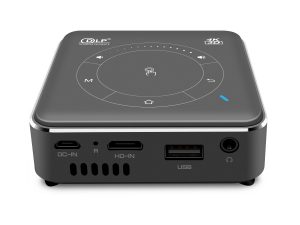 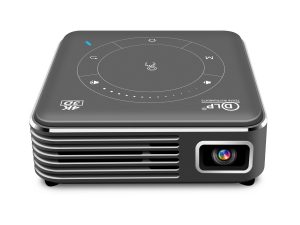