For many people, the micro projector is still a new technology product. If you want to buy a mini projector, you need to understand the parameters, indicators, performance, function, brand, etc. of the mini projector before you can buy a satisfactory mini projector.

Six, the function of the micro projector
At present, the micro-projector is not used as a large output screen in the traditional sense, but a multifunctional household appliance. In addition to projecting a large 300-inch screen, it can also be used as a TV, with more channels and resources than usual TVs; it can be used as a reading machine for early childhood education; it can be used as a drawing board for children’s graffiti painting; karaoke can be sung; The virtual fitness game can be used to build a home 5.1 music center; it can be used as a home monitoring device.

Seven, the quality of the mini projector
The quality of the micro projector is determined by the manufacturer’s design, craftsmanship, assembly, quality control, quality inspection, aging, environment, and the selection of key raw materials. Take Meigao as an example. In addition to the company’s own craftsmanship in design, process, assembly, quality control, quality inspection, aging, and environment, it also selects the best in the selection of raw materials. For example, the chip uses TI’s new DLP product, optical machine Choose Taiwan Yangming Optoelectronics; the light bulb chooses German Osram, which can guarantee the life of the product up to 30,000 hours. 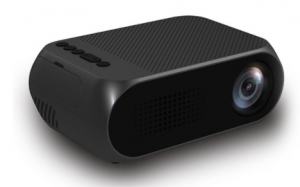 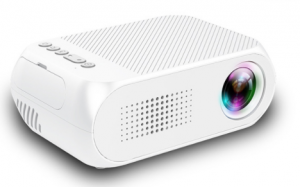