How to choose a projector

With the general improvement of people’s living standards and the greatly improved living environment, the requirements for home film and television products are getting higher and higher. Large screens, high definition, true color, and immersive shocking effects have become the pursuit goals of many families. . At present, after rear projection and plasma TVs, projectors are gradually entering ordinary households.

Although different display and projection devices have their own characteristics, compared with high-end TV products, the projector has its own unique advantages, that is, the screen is large, the brightness is good, it is compatible with a variety of video signals, and the size is not limited, and the weight is light. . At present, although the main application scope of the projector is still limited to the business field and the education industry; but the projector can bring the shock of the family’s large screen by virtue of the above-mentioned many unique advantages.

Not only to enjoy movies at home, you can also use the projector to connect with personal computers, video recorders, DVD players and digital TVs to display and play karaoke or music images, receive remote courses and images played in community centers. When the projector and sound are combined into a multimedia home theater, the audio-visual effect is no different from that of a real theater. Think about it, the first thing that catches your eyes is the huge screen in front of you. The huge body of dinosaurs rushes over, the huge waves are about to swallow everything, and the sword comes straight out, immersing people in the real environment of the film. , Feel the shocking cinema effect.

It is precisely because of the advantages of home projectors that its share in the home market will become larger and larger. In response to market demand trends, international brands such as Toshiba, NEC, and Sharp have launched home projectors, while domestic projector brands Morningstar has also launched its own products one after another. Ordinary families often lack a certain understanding of the projector, which is extremely easy to cause waste of investment and even mistakes in decision-making when purchasing. So, how to choose a home projector with reasonable price and applicable functions?

Before choosing to buy a projector, users should be familiar with the way the projector is used. There are generally two ways to place the projector: ceiling installation or placing it on the coffee table when needed. If you need fixed installation and use, you can choose the ceiling method, preferably at the same time as the decoration, so that all the lines can be hidden, which is not only beautiful, but also saves space, but must pay attention to dust and heat dissipation.

Two unique projectors are recommended here. Many projectors are time-consuming and labor-intensive to re-adjust the projection position once installed. When replacing the lamp, NECVT47+ only needs to remove some of the screws of the suspension fixture (VT70CM) without removing the entire projector from the ceiling, which saves time and effort. And the movement adopted by Sharp XR-N10S is a completely sealed structure, so it has better dust resistance than ordinary projectors, and has a longer service life, which greatly reduces the user’s subsequent use costs.

The advantage of the placement is that the projector can be moved and used like a laptop. Due to the limitation of positioning, the projected image may become trapezoidal. Therefore, the purchased projector should have the keystone correction function. For example, the Toshiba TDP-S25 has the automatic keystone correction function, which greatly facilitates the user’s application.

Contrast and brightness are a factor that is related to consideration. Contrast is the ratio of the brightest and darkest areas of the picture. The impact on the visual effect is second only to the brightness index. Generally speaking, the larger the contrast, the clearer the image and the better the sense of layering. Especially in movies, dark colors are used, and high contrast is It is especially important in home theater products.

For example, the contrast ratio of Toshiba S25 is as high as 2000:1, which is enough to meet the needs of setting up a home theater.

For the projector, the lamp is its main consumable, and its life is directly related to the cost of the projector, so you must ask about the life of the lamp and the cost of replacement when you buy it. In addition, we must also pay attention to the after-sales service of the product. After all, the price of the projector is a high-precision product that costs tens of thousands. Only with a good service can we give users a “reassurance.”

Therefore, you should choose to buy a projector of a well-known brand, so that you can enjoy the after-sales service of the merchant, so as to avoid the worries of using the projector. 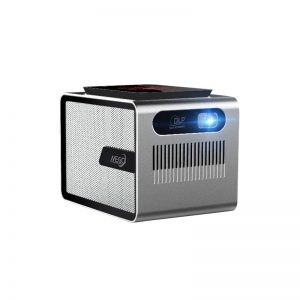 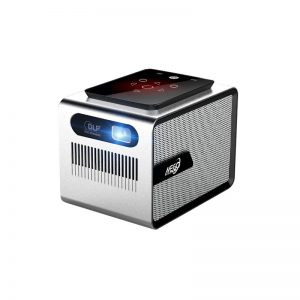