There are usually the following methods to display multiple screen content on a super-sized screen: cabinet splicing/multiple screen splicing/seamless edge fusion of the entire screen.

In the traditional splicing method, whether it is the splicing of cabinets or the splicing of multiple screens, the physical splicing in the picture itself cannot be eliminated.
In the new edge fusion technology, because the entire screen is used, the physiological gap between the screens existing in traditional splicing is eliminated, so that the entire image displayed on the screen remains intact. The use of edge fusion processing technology eliminates optical gaps, so that the displayed images are completely consistent, and the integrity and aesthetics of the displayed images are guaranteed. This is more important when edge fusion display of image information such as maps and drawings, because there are a large number of lines or routes on the drawings, maps, etc., and screen gaps and optical gaps will cause image display pollution, which is easy for observers to display The lines of the image and the lines of the splicing system are erroneously integrated, leading to errors in decision-making and research. But through edge fusion processing, this situation can be avoided. In the projection fusion splicing system, all images are corrected and unified by the edge fusion processor, so that when the image is displayed and switched on the large screen, no matter what format of the image is switched, the brightness, color, and vividness of the entire screen, The uniformity is relatively consistent. Since the projection display image is processed in the processor, the color difference, brightness difference, and uniformity between different projection signals can be adjusted, which also makes the image quality displayed by the system more perfect.
In addition to edge fusion and image multi-screen processing functions, the edge fusion image processor also has image storage and recall functions. It can directly display the high-resolution images stored by itself as the background of the large-screen system. This is very useful in actual use. Has practical value. 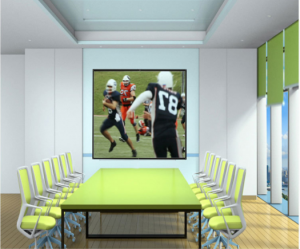 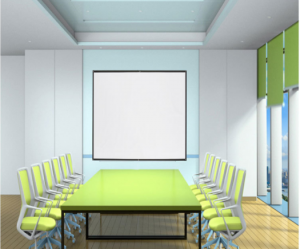