What factors should be considered when choosing a home projector

With the improvement of 3D skills, 3D movies have also become widely known. In recent years, 3D projectors have also begun to be installed at home so that people can watch 3D movies at home without going out.

However, you cannot achieve the same viewing effect as a movie theater by installing a 3D projector. Maybe you find that sometimes not only the visual effect is poor, but also the eyes are hurt.

So how to choose a suitable home 3D projector has become a problem that my friends attach great importance to. The first thing we are talking about today is where the 3D projector should be considered.

How bright is the home 3D projector?

Generally, the brightness of household 3D projectors is between 1000~3500lm, and the ambient light in daylight is too strong. No matter what kind of brightness, shading treatment is required (using curtains/shading cloths and other shading measures). When it comes to this, many people will murmur, I actually really want a projector that is not affected by ambient light. It is annoying to draw the curtain every time. Is this idea reliable? I can clearly say that it is really unrealistic and the reason is very simple.

First, the 3000lm projector is projected on a 100-inch screen, and the brightness is about 1034lx, while the indoor environment brightness in daylight is usually about 200lx.

Third, can the projector’s brightness be infinitely increased to the level where the ambient light brightness is negligible? You will definitely say that you can’t, but usually it is planned to raise demand like this. What I can say is that the comfortable brightness range of humans is limited, and the result of human adaptation to the natural environment is that the daylight ambient light is within the comfortable range of human eyes, and the brightness of the projector should be suitable for long-term viewing without being tired, and it is natural. It should be similar to ambient light. This is the reason why engineering projectors have tens of thousands of lumens, but household 3D projectors usually still stay in the range of 1000~3500lm.

Commercial 3D projectors have the most share of 4:3 and 16:10, and the main stream resolution is still 1024*768, while household 3D projectors are mostly 16:10 and 16:9, and have more resolutions of 720P and 1080P. This difference is easy to understand, it is the difference between watching more documents and watching more movies. How to choose the resolution of a home 3D projector? Here we need to talk about the small recognizable viewing angle of the human eye (you can Baidu this common sense number), for example, watch a 120-inch 720P and 1080P screen at a distance of 4 meters , Do you think you can distinguish each pixel? If you are a mathematician, you will start to calculate it right away. You can calculate the width and height of each pixel corresponding to 720P and 1080P in centimeters, and then divide by 4 meters. The interval is then converted into an included angle. If the included angle is larger than the human eye’s discernible angle of view, then the resolution will not work. Otherwise, if the included angle is smaller, the resolution is sufficient. What I can say is that the answer for this example is that 720P and 1080P can’t be seen by the human eye. It is also that the movie images of the same quality look the same and clear. You don’t think it’s clear except for the focus of the projector. Whether it is good or not, the big factor is the quality of the source itself, such as the so-called standard definition, high definition, ultra-definition, and Blu-ray movies.

The purchase of home 3D projector

3D movies have been in theaters for several years. We regard the necessity of wearing 3D glasses for 3D movies as a habit. But why do you have to wear glasses to have a three-dimensional effect? ​​Is it possible to buy 3D glasses? It is estimated that half of the people still have such doubts. The principle of 3D completion can be referred to the introduction of our other articles. After reading it, it is estimated that you will have a deeper understanding of how to complete 3D display.

Regarding the audio-visual enthusiasts who like 3D, how to choose a home 3D projector? According to the needs of the home, the size of the environment, and the budget. We assume that the budget is too serious. The usual idea is that the polarized 3D projector has a three-dimensional effect, does not hurt the eyes, and is comfortable and natural. Secondly, according to the size of the projection screen and the viewing interval to determine whether it can withstand the 720P resolution. 3 meters away does not affect the viewing experience at all; then determine the appropriate brightness of the projector according to the size of the picture; also to see if the color gamut exceeds 120% NTSC, generally choose LED or laser light source for maintenance cost considerations. Based on the above characteristics, it is basically possible to find out which projector types fit. 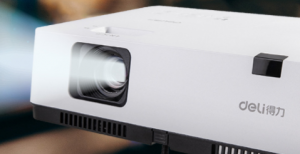 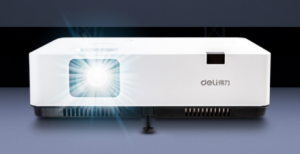