With the popularization of teaching, more and more schools are equipped with a variety of multimedia equipment such as projectors, computers, display stands, video and audio in the classrooms, among which projectors are valuable. Because of the needs of teaching, more and more teachers use multimedia to teach. In order to ensure the correct use of multimedia equipment, teaching can proceed normally. It is very important to maintain the projector well in order to extend the life of the projector. For example: regularly clean up the various dust screens, regularly ask professional engineers to clean the projector’s optical system, heat dissipation system, etc., to minimize the failure rate of the projector, extend the life of the projector, and save a lot of maintenance and accessories costs for each projector. It is very important to do a good job in the daily maintenance and maintenance of the projector, so that the projector can last for you, continue to realize more application value, reduce the consumption of applications and operations, and reduce the cost.

In view of the importance of projector maintenance, summarize a few issues that should be paid attention to during the use of the projector. I hope that some problems can be noticed in the actual operation process, so that the life of your favorite projector can last longer.

In addition to dust prevention, dust removal for home projectors is also a top priority, especially the current projector products attach great importance to heat dissipation, so some products have cooling fans or slotted designs on the fuselage, special fans It is cooled by air supply at a flow rate of tens of liters per minute, which will be more conducive to heat dissipation and ventilation of the product. However, in this way, the drawbacks are immediately revealed. Because the high-speed airflow may entrain tiny dust particles after passing through the dust filter, they rub against each other to generate static electricity and adsorb to the heat dissipation system, which will have an impact on the projection screen. In addition, after such a long time, dust will be concentrated in the dust filter, cooling fan and some surrounding areas, so regular cleaning will play a good role in protecting the projector. The general practice is to remove some designed dust filters for cleaning, and use brushes and other light women, which are also suitable for cooling fans, so as to avoid affecting the cooling and dust-proof performance of the fans. Regular cleaning is very important for users. Be sure to pay attention.

There is also the dust removal of the lens. The lens is the core component of the projector. This is mainly for the projector product using LCD technology. If it is handled carelessly, it will undoubtedly cause catastrophic consequences. Polysilicon LCD panels are generally only 1.3 inches, and some are even 0.9 inches. Dust is often seen on the lens. If there is too much dust, it will inevitably affect the clarity and effect of the projected panel. Therefore, the dust removal of the lens is very important. The surface of the projector lens is similar to that of the digital camera. Both can be wiped with special lens paper for photographic equipment. Since the lens is easily scratched, it must not be wiped with a damp cloth, otherwise It will greatly affect the projection effect in the future, so it is really worth it. In addition, you need to pay attention to the lens cover immediately after the shutdown to prevent it from happening.

Anti-vibration: The projector is a highly sophisticated electronic product, so great attention should be paid to the protection of anti-vibration. This is especially true for products characterized by portability. Because this type of projector is relatively frequent in mobility, it should follow the principle of handling with care.

From an overall point of view, we must strictly prevent strong collisions, squeezing and vibrations against the projector. From the appearance point of view, such a collision will cause scratches to the appearance of the projector surface, and it will also be a certain danger to the lens surface. From the internal point of view, the impact of squeeze or collision seems to be more serious. A strong collision will cause the displacement of the liquid crystal panel, which will greatly affect the convergence of the LCD during projection, resulting in color deviation. The lenses and mirrors in the optical system will also be deformed or damaged, which will affect the image projection effect, and the zoom lens will damage the track under impact, causing the lens to jam, or even the lens to be broken and unusable.

Moisture-proof: Because the projector is also very vulnerable to the moist air in the projection environment, according to a report, under normal circumstances, the humidity of the air when the projector is working is between 45% and 60%, if the air is humid If the parameter value exceeds or falls below this range, the working performance of the projector will be unstable, and the damage to the machine will be very serious. This point should be clearer for the strict requirements of the use of the environment. As in southern my country during the rainy season, the humidity will be quite large at that time and generally exceed 80%. If you work in such a humidity environment, the air will be humid. It will cause the internal electronic components or circuit boards of the projector to short-circuit, which will cause the projector to fail to project normally. If it is necessary to carry out projection work in such humid conditions, it is necessary to properly deal with the environment, such as using a dehumidifier to minimize the air humidity and reduce the damage to a low level.

If the projector product is placed in such a humid environment, it is more knowledgeable. The user should be able to find a place with a good ventilation environment to ensure that the air in the projection environment can form convection, so that even if it is not used, the ventilation humidity of the location is relatively small, and it will not have a greater impact on the machine. Otherwise, many parts in the projector are also easy to be corroded, which easily causes the internal circuit to fail to perform stable projection output due to poor contact.

Second, it is also very important to maintain the life of the bulb correctly

Because of the high price, the lamp in the projector is the main consumable. Generally, the price of a special lamp for the projector is several thousand yuan. According to the current consumer standards, it should be said to be quite expensive, so if you can do a good job on the lamp Maintenance will save users a considerable amount of expense.

It is generally common practice now to reduce the impact of the current on the current of the projection lamp. Since the power-on will generate huge inrush current, if the bulb is frequently impacted, it will cause fatal damage to the service life of the projection bulb. Therefore, the user should reduce the number of power-on times as much as possible, so that the inrush current will not be frequent. The damage to the bulb is caused, which further prolongs the service life of the bulb.

Heat dissipation and ventilation can extend the life of the projection.

In addition, due to the vast area of ​​our country, users in different environments and different temperatures are likely to encounter them. In some high-temperature areas, you must pay attention to the vents of the projector. If the vents are not well circulated, the heat dissipation will be hindered, and the heat dissipation will not be controlled in time. This will not only accelerate the aging of the lamp and affect the movement. The impact of the components will be great, and even more serious, there will be the danger of the bulb exploding.

In fact, a reasonable shutdown is also closely related to the maintenance of the lamp. Generally, the projector cannot be shut down immediately after the projection is completed. Because of this, the built-in cooling fan in the fuselage will continue to dissipate the heat inside the machine. If the machine is turned off immediately, the heat cannot be taken away immediately, which will have an impact on the internal components.

In order to prevent the heat dissipation, the projector cannot be turned off immediately, so that the user or related staff cannot leave immediately, which causes great inconvenience to the user and appears extremely inhumane. To this end, manufacturers have also made great efforts in this regard. In response to this situation, many projector manufacturers have launched products with “zero-second shutdown” and “shut-off and go” functions, such as Epson, Sony, and Plus Other brands have such functional products! 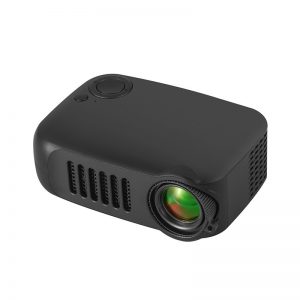 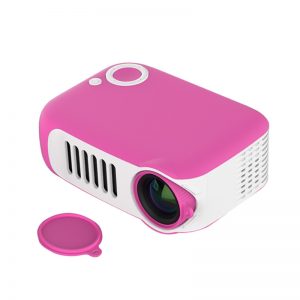