When buying a projector, many users are confused about whether to buy a short focal length or a long focal length. When you buy a projector, you may only focus on the brightness, resolution and other values, but you may not know that the throw ratio is also an important indicator for evaluating a projector. Even in daily use, the throw ratio is important for users. The significance is greater than indicators such as brightness.

What is throw ratio

The main difference between them is the distance required to project the same size image.

The distance required for a telephoto projector to project a 100-inch screen size is more than 6 feet (about 1.9 meters), and it needs a large enough space to be able to use it.

The distance required for a short throw projector to project a 100-inch screen size is about 4.5 feet (about 1.3), which is more suitable for use in meeting rooms or classrooms.

Ultra-short throw projector, the distance required to project a 100-inch screen is about 15-20 inches (about 0.5 meters), suitable for use in small places such as rooms. 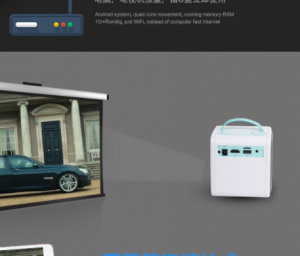 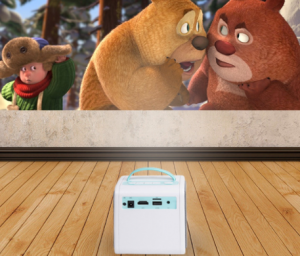