The difference between ordinary projector and laser projection

A projector, also known as a projector, is a device that can project images or videos onto the screen. It can be connected to computers, VCDs, DVDs, BDs, game consoles, DVs, etc. through different interfaces to play corresponding video signals.

Laser TVs use solid-state lasers as the light source, while most traditional projectors use ultra-high pressure mercury lamps. The life span of the laser light source can reach more than 20,000 hours, and the life span is at least 8.5 years if calculated based on 8 hours per day.

Generally, the life of the ultra-high pressure mercury lamp for household projection is about 5000 hours. Calculated according to the use time of 8 hours a day, the life expectancy is about 2 years.

Laser projection adopts DLP projection. Its principle is to use many small mirrors. Each small mirror controls the angle of light to achieve different intensity control. The emitted light hits the screen through the lens to form a pattern.

Traditional projectors need a long installation distance, and good screens take into account the comfort of people’s viewing vision. Most of them adopt the principle of diffuse reflection to avoid direct reflection of strong projection light, so the light resistance performance is weak. 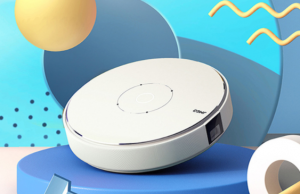 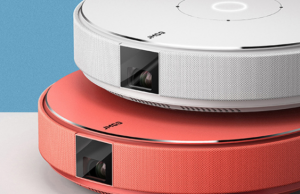