Talking about how we choose the light source of 3D projector

In recent years, more and more HLD (high-brightness LED light source) and laser 3D projectors have continuously flooded into the market and eroded the share of traditional light source projection products. From a technical point of view, traditional projector bulbs have obvious defects and can no longer meet the needs of users in the new era. Although there is still a certain market, it is only a matter of time before it is completely replaced by new light sources.

Because the laser light source has the characteristics of wavelength selectivity and high spectral brightness, it can technically achieve a color gamut coverage of more than 90% of the natural colors seen by the human eye, and has a better color reproduction. The main advantage of laser projectors is that the laser light source has ultra-high brightness, which is also a place where early LED projectors have been criticized. In addition, the laser projector has a long service life, which greatly reduces the maintenance cost in the later period. At present, there are mainly two types of laser projectors on the market, three-color laser projectors and monochromatic laser projectors. The color and brightness performance of the three-color laser and the later cost control are indeed incomparable to other light sources, but the price remains high. It can only be used in a few high-end markets, and for the home projector market that pursues color, such a price will certainly be impossible to achieve in the short term. Monochromatic lasers are mainly used in the current market. Although monochromatic lasers also have a wider color gamut, the color accuracy is not so ideal. In this way, the advantages of the HLD light source as the three primary colors are highlighted.

When the LED light source was first produced, its excellent color performance, long service life, and extremely low energy consumption made it a new light source for projectors that attracted the attention of the industry, but the problem of low brightness has always restricted its development. The emergence of HLD has greatly improved the shortcomings of low LED brightness. From a technical point of view, HLD is an upgraded version of LED. By improving the luminous efficiency of the green part of the LED, it achieves the purpose of increasing the overall brightness. Compared with the laser light source, its brightness still has no advantage, and the advantages in volume and cost are not particularly obvious, but compared to the original LED, it has a greater improvement in color expression. It can be said that the HLD light source The color performance of the projector is indeed at the current high level, and it is much safer than the laser light source.

In the low-end market, laser projectors do not exhibit their own high brightness characteristics. Instead, LED projectors maintain a consistent advantage in color performance and projection effects. In this market, LED projectors have an even greater share of the market. Big. In the high-end market, the projection effect of the HLD projector inherits the advantages of the LED projector and can achieve the projection effect to meet the user’s pursuit, but the flaws in the brightness limit it to be unusable in some occasions. The laser projector has the advantages of high brightness, wide applicability, and color expression is also very good, but the price is also a lot more expensive than the HLD projector. The current public opinion is that the future projector market must be the world of lasers. In fact, this is unpredictable. I believe that it depends on whether the brightness of the LED projector can get brighter and whether the cost of the laser light source can get lower and lower. For these two light sources, whoever solves the constraints of their respective development first will be able to occupy the future market first. Of course, this will also be affected by product size and safety in use.

Specifically how to choose the author recommends, under the conditions that both light source projectors can be applied, if the projection effect is not too bad, the LED light source is a better choice, if you do not consider the cost, you can choose a laser projector. 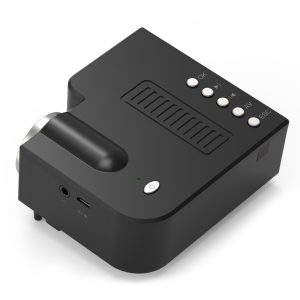 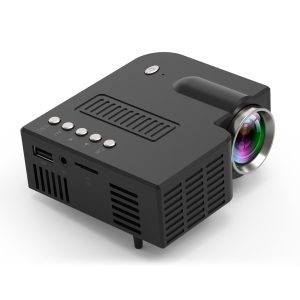