How to watch TV with a projector

Now the equipment that can be used for watching TV is no longer limited to the TV. As long as the problem of the use of multiple display devices is solved, the TV can be watched as with a projector.

If you want to use a projector to watch TV, the first prerequisite is that the projector you own must have a TV tuner. If your projector has a TV tuner, you only need to see if the projector has a radio frequency (RF) interface. With this interface, it has the function of receiving TV signals. (Radio frequency signal: In order to broadcast TV signals in the air, the entire video TV signal must be modulated into high-frequency or RF-Radio Frequency (RF-Radio Frequency) signals. Each signal occupies a channel so that multiple channels of TV programs can be broadcast simultaneously in the air. Will not cause confusion.

Our country samples the PAL system, each channel occupies 8MHz bandwidth; the United States adopts the NTSC system, TV from 2 to 69 channels, the bandwidth of each channel is 4MHz, the TV signal frequency band occupies a total of 54MHz to 806 MHz channels. CATV (Cable Television) works in a similar way, except that it transmits television signals through cables rather than through the air. After receiving the high-frequency signal of a certain channel, the TV must demodulate the entire TV signal from the high-frequency signal to reproduce the video image on the screen. ) Its main function is to demodulate the radio signal (or cable TV signal) transmitted by the local TV station into video and audio signals. Here, it should be noted that the format of the TV tuner of the projector you buy must conform to the local cable TV The format being transmitted.

The current projectors have basically achieved full compatibility in terms of video formats, but no full-standard compatible products have been seen in the radio frequency format. The projector that you have purchased with a different radio frequency format and the local TV system format will cause the consequences of not being able to watch normally. The phenomenon is that the color of the image is abnormal or the sound cannot be demodulated normally! But the projectors currently entering our country basically have no integrated radio frequency circuit, which is directly related to China’s tariff policy. The projectors without integrated TV tuner belong to IT industry production equipment, its tariff is very low, but the projector integrated with the TV tuner belongs to the home appliance product, and its tariff is very high! On the other hand, it is also related to the global sales strategy of the projector manufacturer , Projectors without integrated TV tuners are basically universal in the world, while the sales area of ​​projectors with integrated TV tuners is fixed! Projector manufacturers canceled TV tuners, which not only reduces production costs, but also It has more advantages in the global distribution of goods.

The first category is professional TV tuners. These TV tuners have outstanding performance, stable and reliable work, and are usually used in professional locations. For example, a cable TV station converts the TV signal transmitted by a local wireless TV station and connects it to its own cable. TV network. But such products are expensive.

The second category is TV boxes. There are two main types of products in this category. One is TV boxes used on ordinary TVs. The main purpose of this product is to solve the problem that old TVs cannot receive supplementary channels transmitted by cable TV networks. The other The TV box is an external box designed to allow ordinary computer monitors to watch TV. 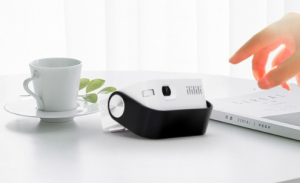 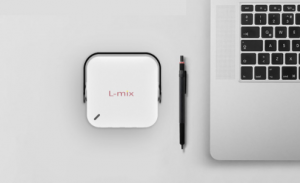