How to protect the bulb of the projector

How to effectively protect the projector lamp?

1. The power switch time interval should be about 5 minutes

Because the projector’s power supply uses a proportional pulse width modulation method to step down, stabilize, and stabilize the mains power. When dealing with these links, the power switch tube and transformer used in the projector’s power supply will work at a higher level. At the frequency of high frequency, the switch tube will naturally have considerable switching losses during frequent switching. These losses will be transferred to heat and dissipate, which will increase the temperature inside the projector, plus the light bulb itself. When the heat accumulates in the small space inside the projector, it will easily cause the lamp to explode. In addition, if the power is switched on and off frequently, a large current impact will be generated on the projection bulb, and the projection bulb will also be easily damaged. In order to avoid damage to these bulbs, we try not to switch the projector frequently. At the same time, remember that if you want to restart the projector after turning off the projector, you must wait patiently for about 5 minutes.

2. The projection environment should not reflect light

3. Ensure the “identity” of the power supply

In order to prevent the lamp from exploding or the working power is not matched, the projector has strict regulations on the power supply specification to which it is connected. When connecting the projector to the power outlet, the user should pay attention to the nominal value of the power supply voltage, the ground wire of the machine and the power polarity, and pay attention to the grounding. This is because when the projector and the signal source (such as a PC) are connected to different power sources, there may be a higher potential difference between the two neutral wires. When the user plugs and unplugs the signal cable or other circuits with power on, a fire will occur between the plugs and sockets, which will damage the signal input circuit. Not only may the bulb not work properly, but it may also damage the projector. Cause a fire accident. Therefore, it is best to use the power cord that comes with the machine, and to ensure that the socket connected to the power cord must be grounded reliably.

4. Pay attention to the order of switching power supply

5. No more than four hours of work each time

If the projection lamp is working for a long time, the imaging system inside the projector may emit a lot of heat, which will cause the temperature inside the projector to increase rapidly, because the quartz on the inner wall of the projector lamp will devitrify under high temperature conditions. As a result, white spots appear, so a large amount of light is blocked at the devitrification area, which makes the temperature of this local area rise abnormally, which causes the devitrification area to further expand, thereby rapidly attenuating the brightness and possibly causing the bulb to explode. Therefore, as far as possible, we must pay attention to the duration of each work of the projector can not exceed four hours.

UHP bulb is an ideal cold light source commonly used in projectors. Its advantage is long service life, generally can be used for more than 4000 hours, and the brightness attenuation is small; the disadvantage is that UHP is monopolized by Philips patented technology, and the price is relatively high. . 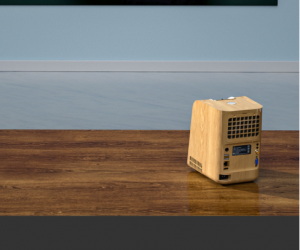