Projection bulbs are the only consumables for projectors, which account for a relatively large proportion of the cost. You must work hard before purchasing to distinguish between true and false, and prevent bad businesses from using it to minimize losses. The current market There are many types of projector bulbs on the above, but they can be roughly divided into the following six categories.
The first category is the original bulb introduced by the projector manufacturer. Its obvious sign is the packaging and special lamp holder with the manufacturer’s logo, which is called the “original package”. The original package is that after the projector manufacturers such as EPSON, NEC, SONY, SANYO and other companies order the special lamps for the projector from the lamp manufacturers such as PHILIPS, OSRAM, etc., the lamp holders and packaging boxes are made according to different models, and then they are sent through regular channels. Sold by users. Its quality and service life have been rigorously tested, and the product quality is absolutely guaranteed, basically reaching the average use time stated by the projector manufacturer. It is recommended that users choose this type of bulb. However, due to the added profit of the channels, the selling price is generally very high. And the supply is scarce, it is difficult to buy.

The second category is the bulbs produced by projection bulb manufacturers that have fallen into the market from other channels, such as PHILIPS, OSRAM, etc., which are characterized by no lamp holders and are called “original bulbs” in the industry. “Original bulbs” are usually smuggled into the country, so the price is lower than the original package. This kind of “original light bulb” is basically on the market now. Compared with the “original bulb”, the service life of the “original bulb” is not far off. However, some of the so-called “original bulbs” are defective products from the manufacturer or test bulbs from the projector manufacturer. They are difficult to distinguish easily from the outside and have a short lifespan. You must pay attention to them in the purchase to avoid being deceived.
The third category is Taiwanese bulbs produced by Taiwanese manufacturers such as Guoqiao. Its characteristic is that it can substitute UHP, VIPR and other bulbs, but the service life is much less than that of the original bulb, generally about 500 hours; the price of a single bulb is lower, but The average use cost is very high, all around 3 yuan/hour, 1-2 yuan more than the original bulb. Due to the short use time, fast brightness decay, and frequent replacements, it will cause inconvenience to users. It is recommended that users purchase such bulbs carefully.

The fourth category is domestic bulbs. At present, there are three major manufacturers in Wuhan China Optics Valley Huameng Optoelectronics, Dandong Xinya, and Nanhai Snow Wright (formerly Nanhai Huaxing) that can produce substitute UHP lamps. The common point of domestic bulbs is that the bulb life is not long, which is similar to Taiwan bulbs. During the process, it is easy to go out for unknown reasons, and the lamp burst rate is high. However, domestic bulbs were sold as UHP bulbs by many unscrupulous merchants with the words UHP printed on them.

The fifth category is modified light bulbs. For example, use VIP to change UHP bulbs, HSCR to UHP bulbs, UMPRD to NSH bulbs and so on.
The sixth category is old bulbs or counterfeit bulbs, such as wick bulbs installed by illegal businesses and projector bulbs that are counterfeit in Japan, Taiwan, and coastal areas in China. It is characterized by rough workmanship, short lifespan, poor compatibility, and it will extinguish for unknown reasons during use. Unscrupulous merchants usually install wick bulbs with wicks removed from old bulbs or domestic wicks installed on the lamp cup for sale.
Based on the above analysis, the editor recommends to educate users or projectors to buy original original bulbs, or bulbs produced by regular manufacturers. 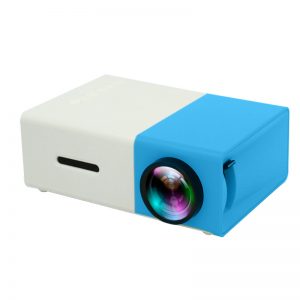 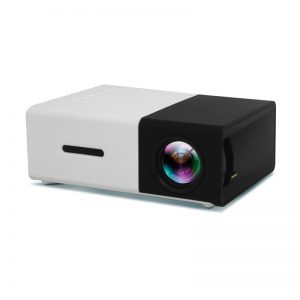